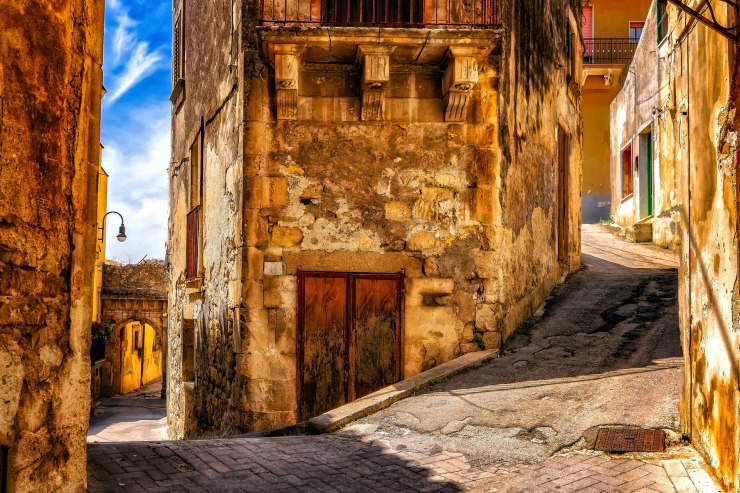 I was writing a scene in which the main character walks along a hallway looking for a hidden door: He ran his hand along the wall. He felt cold marble, nothing else. Suddenly he stopped. The marble under his fingers was hot instead of cold… I stopped writing. This sounded like a million other fantasy books. My character was advancing through the plot, but what was the point? I was not having fun writing it, and I didn’t think it would be much fun to read, either. I knew I could come up with something more original and creative. But what was the right thing?

There comes a point when writing feels like biking uphill in a high gear, or dragging yourself out of bed after four hours of sleep. When that point comes, it’s time to stop fighting your way forward and go sideways. How many different ways can you think of for your character to open that box or change their mind?

When you write sideways, exploring all the options, none of them have to be right. Unfortunately but unsurprisingly, I often start editing my words before they even get on the page, and so it’s crucial for me to take a break from trying to find just the right sentence. Instead, I try to find lots of sentences, any sentences, and I succeed! Again and again! Some of the options I come up with are silly and some of them are trying too hard and some of them are so creative I can’t believe it, and one of them, in retrospect, is usually exactly what I want. But I couldn’t have written it while I was determinedly marching forward.

Determination can get you to a known goal, like writing for an hour a day. But sometimes in writing it’s important to find your way to something you don’t understand yet. You can’t know what the possibilities are until you explore, walk around the block, peer down the side streets, see what’s out there. Along the way you might stumble across other details you’d never have discovered otherwise.

I brainstormed a list of ways that my character could walk through that wall. It was fun to let myself free of the constraints of the story — I’m not actually going to write about an ostrich sticking its neck out of the wall to grab him and pull him through, but writing it down as an idea makes me smile and lets my mind relax into more new ideas. I know it as soon as I write it: Suddenly the wall turned to hot mush under his hand. It gives me a theme to follow, to improvise off of:

He shut his eyes against the sight of the solid wall in front of him and imagined that he was going to walk into the lake at home.

Going through the wall was nothing like walking into the lake at home. Lake water didn’t ever feel like hot cereal. He imagined a tiny version of himself struggling through a bowl of oatmeal at the breakfast table. When he finally emerged into the light, he was almost startled not to find himself perched on the edge of one of Grandmother’s china bowls.

Nobody, I’m quite certain, has written a hidden-door scene like that before.

So the next time you feel like your brain is working so hard nothing’s working anymore, take your focus off the goal and write sideways. Let that ostrich stick its head out and pull you into an alternate universe for a while. Astonish yourself with your own possibilities.